In June last year I started hosting a Twitter chat for South African jobseekers along with fellow South African Twitter aficionados in recruitment, Vanessa Raath and Wesley Madziva, called #JobRecChatSA (Job Recruitment Chat South Africa, a bit cumbersome I know). To our knowledge it was the first ever Twitter chat to help people looking for a job in South Africa connect with recruiters and get advice to assist them in their job search.

Given that more than a quarter of the adult population of South Africa are unemployed (and at least another 10% have given up all hope of getting a job), we felt that it was a worthwhile endeavour to try to help people to find jobs, even in a small way, as not many jobseekers in South Africa have access to or know where to get career advice.

As relatively few South Africans are on Twitter (and even less jobseekers), and there are very few Twitter chats hosted by South Africans on South African topics, we invited as many South African recruiters on Twitter as we knew, both to give advice and to spread the word to jobseekers, and publicised the chat in jobseekers’ groups on Facebook and LinkedIn. As we might have predicted, the first chat included only one jobseeker and half a dozen recruiters, other than me and my co-hosts. Nevertheless Peter Herring, our sole jobseeker who has remained faithful up to the most recent chat, found the experience to be very rewarding and the advice he received to be of great benefit.

Week on week we were joined by an additional jobseeker, along with high-profile representatives of the HR and recruitment industry professional bodies. The total number of participants and volume of tweets increased, and we hosted some lively discussions on issues affecting the South African jobseeker. Unfortunately the number of people taking part in the chat soon reached a plateau and, due to our busy schedules and my tech problems (my laptop is five years old, the equivalent of riding a horse and cart rather than driving a car in hardware terms), either one or two out of me, Vanessa and Wesley were unable to attend every week. We tried switching the time and day in order to attract more participants and allow the chat to fit in with our weekly schedules, but it made no difference and soon we were forced to hold the chat fortnightly rather than weekly until we had to put it on hold approaching the end of the year.

It struck me that our struggles in promoting the chat and getting jobseekers to take part mirror those of South African employers and recruiters trying to find people to fill jobs, despite their being no shortage of jobseekers. Every week we published a framing post on our respective blogs and shared it on Facebook, Google+, LinkedIn and Twitter as well as inviting interested parties directly, as a recruiter would post a job spec online or a careers advisory service promote a workshop, but its reach was limited to the few who had the means and the time to find it.

Even if jobseekers are able to get online, are they members of the right groups on Facebook, do they even have a G+ account, are they connected to recruiters through their LinkedIn profile, or follow employers and regularly use Twitter?

This begs the question – how many South African jobseekers are able to register or search for jobs on job websites or find information about career advisory services and workshops, let alone connect with employers and recruiters though social media?

To reach more jobseekers we, and South African employers and recruiters, need to:

The problem for South African jobseekers is not just a matter of being able to find jobs online or having the time to do so, many either do not have a computer, laptop or mobile device that can connect to the internet, and those that do are hindered by lack of access to ADSL lines and high data charges for mobile internet usage. The majority of South Africans access the internet via a mobile device, and most of their time online is spent on Facebook, IM apps such as BBM, WeChat and WhatsApp and search engines.

Relatively few South African employers and recruiters interact with jobseekers via Facebook, post jobs or even have a Facebook page. Even fewer keep jobseekers updated of available jobs via IM apps, and even if jobseekers manage to find an employer’s careers page or recruitment agency’s website, they are not only incredibly hard to view on a mobile device but it is also impossible to apply for jobs. Hopefully South African employers and recruiters will begin adapting their methods of finding people to fill jobs so that they can access the untapped pool of talented jobseekers, rather than searching in the already saturated pond of experienced job-hoppers who are easy to reach, and help address the problem of unemployment in South Africa.

We relaunched our weekly Twitter chat connecting jobseekers and recruiters as #JobAdviceSA with the new Twitter handle @JobAdviceSA in February this year, but encountered the same problems of availability, scheduling and turnout, so the chat is not currently taking place, but I am still committed to using social media and technology to help South African jobseekers find work and ease unemployment. 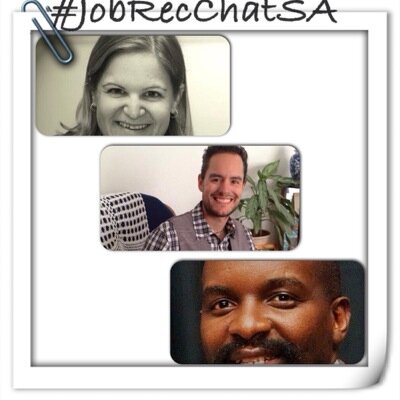 I was asked this question today by a young man . [Is a business management degree the right direction to become a CEO/MD for a company?]

A Chief Executive Officer (CEO) is the highest-ranking corporate officer (executive) or administrator in charge of total management of an organization. An individual appointed as a CEO of a corporation, company, organization, or agency typically reports to the board of directors

Why I said No

By definition a CEO is an administrator..

Be the One the CEO reports to!

Aspire to Own Your Own Business. 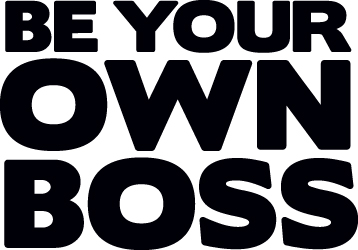 Then work your way backwards and see what you need to achieve the status. Learn the trade and Be Your Own Boss!

Watch Professional speaker Douglas Kruger speaks and writes on the topic ‘Is Your Thinking Keeping You Poor? In this clip: Rich people are their own bosses.